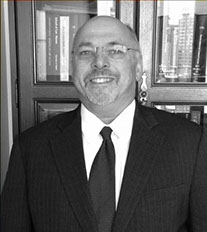 Mr. Bernstein founded his own firm in December 2016, after a 26-year career at Kaye Scholer LLP where he was of counsel in New York and a partner in the firm’s Frankfurt, Germany office. He served briefly as a partner at Vandenberg & Feliu LLP and Eaton & Van Winkle LLP in Manhattan.

Mr. Bernstein has litigated in state and federal trial and appellate courts throughout the United States and worked with local counsel in connection with legal proceedings in Germany, the United Kingdom, Canada, Mexico, Brazil, and Bolivia. He has also participated in arbitration proceedings before the AAA and JAMS, and mediation proceeedings in a variety of different fora.

He has also assisted clients in matters involving law enforcement and government regulatory agencies in the United States and abroad. He is frequently quoted by such publications as The New York Times, the Wall Street Journal, Reuters, Bloomberg, and Metal Bulletin.

In February 2017, Mr. Bernstein defeated a claim in arbitration for one third of the ownership of a privately held international rural-themed television network, resulting in an award dismissing with prejudice all claims against Mr. Bernstein’s client.

In March 2016, Mr. Bernstein defeated claims in arbitration for millions of dollars in damages against a former investor in a options trading LLC and prevailed on a counterclaim for breach of the LLC agreement.

In April 2016, Mr. Bernstein successfully negotiated on favorable terms a settlement of claims brought by the Public Company Accounting Oversight Board (PCAOB) against a Hong Kong auditing firm.

In March 2015, the Ninth Circuit Court of Appeals unanimously affirmed a $70  million judgment for the FDIC following a federal jury trial in Las Vegas, where Mr. Bernstein served as lead trial counsel in a case against a surety company that reneged on commitments guaranteeing payment of subprime leases. A unanimous jury verdict returned a verdict of $60.5 million and the court later awarded nearly ten years of attorneys’ fees.

Mr. Bernstein has also represented a large metals trading hedge fund and companies representing 50% of the copper fabricating capacity in the United States in a widely publicized battle opposing the introduction of a new copper-backed derivative that could threaten to legalize the hoarding of copper worldwide. As a result, Mr. Bernstein has been quoted frequently regarding this matter in publications including Financial Times, Bloomberg Business Week, Reuters and Institutional Investor, among others.

Earlier in his career, Mr. Bernstein was a key member of the team that represented a large German conglomerate in connection with its financial rescue following a $2 billion loss trading oil derivatives. In that connection, he negotiated the unwinding of unfavorable long-term contracts; brought legal actions to stop minority creditors from blocking the company’s financial rescue; brought breach of fiduciary duty claims against the former president of the German company’s U.S. subsidiary and obtained a favorable settlement; and successfully defended the company against dozens of breach of contract claims involving hundreds of millions of dollars in potential liability.

A notable case handled by Mr. Bernstein established that the London Metal Exchange is a U.S. market for antitrust purposes and, as a result, he obtained a favorable settlementon behalf of English and New York traders who were victims of a price squeeze.

Mr. Bernstein also tried an accounting malpractice case against a big-four accounting firm and obtained an $80 million judgement; succeeded in bringing fraud and breach of contract claims against a major online broker; successfully represented German real estate investors who were seeking to recover title to property in Manhattan; obtained a favorable settlement for a German website developer who had a claim against a U.S. investment banker; and succeeded in getting favorable settlements for institutional investors who had brought claims against insurer who had reneged on obligations to insure bonds collateralized by mobile home loans.

Mr. Bernstein has also appeared in a CNBC report on how investors can protect against hedge fund fraud.

He is married with two grown children and lives in Edgemont, New York, where he has served as president of the Edgemont Community Council.

In each of the last eleven years, Mr. Bernstein has been named a Super Lawyer for the New York Metro Area by New York Super Lawyers Magazine. He received Edgemont's Silver Box Award for Distinguished Community Service in 2005.

Scarsdale Fair Assessments Committee v. Village of Scarsdale – Currently representing more than 150 property owners who have brought constitutional challenges in New York State Court to enforceability of a tax assessment roll in which larger properties were assessed at substantially less than 100% of market value while owners of smaller homes were assessed at 100% of market value or better.

CBI Holding Co., Inc., 529 F.3d 432 (2d Cir. 2008) - Successfully prosecuted $45 million accounting malpractice claims against auditor of pharmaceutical distributor for failing to discover fraud by management under so-called "adverse interest" exception to normal rule that a claim against a third party for defrauding a corporation with cooperation of management accrues to creditors rather than to guilty corporation.

Marketxt Holdings Corp., 2006 WL 2864963 (S.D.N.Y. Bankr. Ct. Sept. 29, 2006) - Represented bankrupt electronic securities trading firm in breach of contract and fraud claims arising out of the sale of certain of its subsidiaries to E*Trade.

U.S. Court of Appeals for the Second Circuit, 1986

U.S. Court of Appeals for the Seventh Circuit, 2001

Panelist, The CFTC’s Potential Regulation of the Digital and Virtual Currency Market: Assessing the Future of Formal Statements or Final Determinations

Panelist, Digital, Virtual, and Crypto Currencies: Assessing and Overcoming the Regulatory and Compliance Challenges Relating to Bitcoin and Its Brethren, and Evaluating the Long-Term Viability of Such Currencies